At a loss to name even one if not two selenium benefits? Here's your cheat sheet... 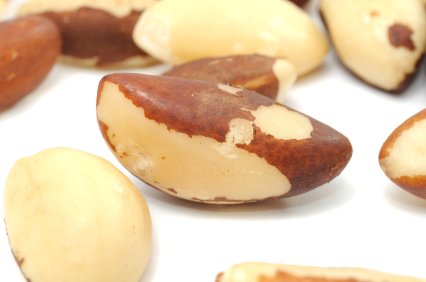 Selenium is an essential mineral that your body needs for a host of metabolic, endocrine and immune functions including DNA repair . Your body doesn't make it, so you must get it from diet or supplements.

It is a powerful anti-oxidant and team player in the function and production of other anti-oxidants including vitamin E and glutathione peroxidase.  It’s key for managing and preventing many degenerative and inflammatory conditions.

The best selenium sources are meat, seafood and whole grain cereals – the latter however depend on the selenium content of the soil in which they are grown.  Because of this, depending on where you live, inadequate selenium can become a problem.

While important not to overdose on selenium, high levels have been linked to prevention or improvement in a number of conditions including cancers, cardio-vascular disease, inflammatory conditions, thyroid problems and immune dysfunction.

Selenium is a powerful anti-oxidant that is a co-factor in synthesis of glutathione peroxidase and a constituent of the sulfur amino acids, many of which are effective free radical scavengers in their own right. Selenium also improves the anti-oxidant function of vitamin E. It’s thought this anti-oxidant role is one reason why it is so effective to combat inflammatory conditions like asthma, rheumatoid arthritis and certain cancers.

Research has confirmed selenium’s ability to repair damaged DNA as well as contribute to cell apoptosis (cell death), which may explain its preventative role in cancer.

Selenium concentrations are particularly high in the thyroid gland. This may be one explanation for its beneficial effects with thyroid related conditions including, grave’s disease, goiter and thyroiditis.

Selenium Benefits Primer: Symptoms of not getting enough.

Symptoms of low selenium intake include the following:

Selenium Benefits Primer: Why care about not getting enough selenium?

Selenium deficiencies linked to some very serious conditions, including the following:

Selenium Benefits Primer: Who is at risk for selenium deficiency?

Selenium Benefits Primer: How much do you need?

The US recommended daily dietary allowance (RDA) for selenium is as follows:

*These figures are adequate intake (AI’s), established when there is insufficient evidence to determine an RDA.

The US Institute of Medicine, Food & Nutrition Board includes the following tolerable upper intake levels for selenium.

*Breast milk, formula and food should be the only source of selenium for babies.

Selenium Benefits Primer - Selenium Testing - How to Test and

Blood tests for selenium show recent selenium intake. Concentrations of 8 mcg/dL or higher in blood or plasma are considered adequate.

To determine long- term selenium status over months and years, hair and nail analysis is used.

Selenium Benefits Primer:  So where can I get some?

The top dietary sources of selenium are seafood and organ meats. Following that are muscle meats, whole grains and dairy foods.  A 2010 study published in Journal of Nutrition estimated that most folks in the US get the majority of their selenium from bread, grains, meat, poultry, fish and eggs.

However, along with the above mentioned staples, there are a host of other foods that can provide the benefits of selenium. Press her for a list of selenium foods as long as your arm.


Selenium Benefits Primer: When food is not enough.

When you can’t get enough selenium via diet;  are in a high risk group for selenium deficiency or suffer a specific health condition which may benefit from addedselenium intake, supplemental selenium is an option.

Selenium is a common component in multi-vitamins, so before supplementing separately check your brand to see if selenium is included.

Experts advise you not to supplement more than 200 mcg except with the advice of a physician. Toxic levels have been found at 900 mcg per day.  Excess selenium can interfere with enzyme function as well as bone, teeth growth and liver health.

For more on Selenium and related topics…

Press here for more on selenium foods from which you can get selenium benefits.

Press here for more on the benefits of multi-vitamins.

Press on Healthy Diet Blog for timely news about health and nutrition.

Press her for Healthy Diet Home.