Diabetes statistics are sobering… Diabetes is one of the biggest health epidemics of our time and, like a tsunami, it’s growing. 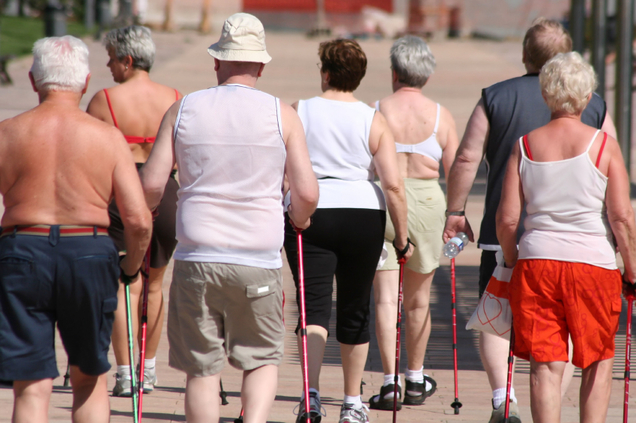 27% of Americans over 65 are thought to have diabetes

Diabetes Stats – The numbers are staggering

According to statistics of the Center for Disease Control, diabetes is the No 7 causes of death in the US.

This may be a gross underestimate, however, because diabetes is a significant contributor to several of the other top killers. These  include heart disease, cancer, stroke, Alzheimer’s and kidney disease. While these conditions may be the nail in the coffin, diabetes  is very often the undiagnosed and unrecognized trigger.

As of 2017 according to US government diabetes statistics, 9.4 % of the population or 30.3 million people were estimated to have diabetes.  An astounding 23.8% of those are undiagnosed. This means 7.2 million walk around with no idea they have diabetes and may or may not experience symptoms until years later when the damage is irreversible.  For this reason, diabetes is called the silent killer.

When you look at certain age groups, the numbers are worse. As of 2012, almost 26% of Americans age 65 and over are estimated to have diabetes; 12.3% aged 20 and over are thought to have it. Groups like African Americans, pregnant women and US Latinos, Asian Americans and aboriginals in the US have an even higher incidence!

If you really want to be concerned, think of the numbers estimated to have pre-diabetes  or metabolic syndrome– conditions in which blood sugar levels are not high enough to qualify as diabetic – but

According to 2015 figures, an estimated 33.9% of the US population has pre-diabetes or metabolic syndrome, a figure that rises to 43.3% of those over age 65,    This means a staggering 84.1 million Americans are at serious risk for diabetes. … and that doesn’t even include the increasing numbers of kids with the condition!

Press here for more on the prevalence and causes of metabolic syndrome, a common precursor to diabetes and number one reason why diabetes statistics are thought to be on the upward swing.

The situation is grim and even more so, because many experts argue that current levels for what constitute normal non-diabetic blood sugar are still too high for good health.

While the US is a hotbed of diabetes, insulin resistance, metabolic syndrome and generally wonky blood sugar, don’t figure you’re safe because you live elsewhere. Diabetes statistics worldwide are on the upswing.

The World Health Organization (WHO) estimates that. as of 2008, 347 million people suffer from diabetes worldwide. According to a 2011 study in the Lancet, this is an increase from 153 million in 1980.

Diabetes rates are increasing worldwide with Asia being one of the biggest growth areas. Asians often have diabetes without the weight gain characteristic of Western diabetes sufferers.

While diabetes is increasing worldwide, its ramifications are graver in developing countries than in the most industrialized locales.  WHO states  80% of diabetes deaths occur in middle and low income countries.  There affluence is equated with assuming a typical Western lifestyle. This includes a diet of processed foods, sugary sodas and the like as well as plain too many calories for the sedentary life that many around the globe take pride in achieving. Diabetes is on the rise in South America, Eastern Europe, Asia and Africa.

For example, South Africa, according to the South African Diabetes Association, has near identical diabetes rates to the US. So much for economic progress!

The most disturbing thing with these statistics is what they future holds. The International Diabetes Federation estimates that, as of 2030, more than 552 million people will have diabetes, if urgent action is not taken now. The majority of these will be in developing the world, with an estimated  90% increase estimated for Africa alone.

The bottom line is that more than just obese Americans need to be wary of the  stats and heed diabetes diet information.

Fortunately, with some simple preventative measures that can provide oodles of delicious and healthy food choices, you won’t get swept into the diabetes wave......Read the below links for more diabetes diet information.

Diabetes Statistics– For more, press on the below

Press here to read more about what is diabetes?

Press here to read about the best diets for Type 2 Diabetes.

Press here to read more about an anti-inflammatory diet.

Press here to read about anti-oxidants and ORAC values and their importance to your health.

Press here to read about the benefits of chromium

Press here to read about the benefits of magnesium.

Press here to read about the benefits of vitamin C.

Press here to read about the benefits of vitamin D.

Press her to read about the benefits of omega 3’s and healthy fats.

Press here to read timely news and research about health and nutrition in the healthy diet blog.

Diet for Down Under