Is there one ideal diet for Type 2 Diabetes?  It’s a question many ask in this age of spiraling diabetes with 347 million people worldwide currently diagnosed with the condition.

A diagnosis of Type 2 diabetes or its precursor Metabolic Syndrome or Insulin Resistance is a reckoning for many that their current dietary and lifestyle practises may not be working.  They want to do the most they can to avoid or reverse Type 2 Diabetes and its ugly constellation of symptoms.

Not surprisingly, diet and lifestyle are spheres a person can control including what they eat and, as importantly, don’t eat. 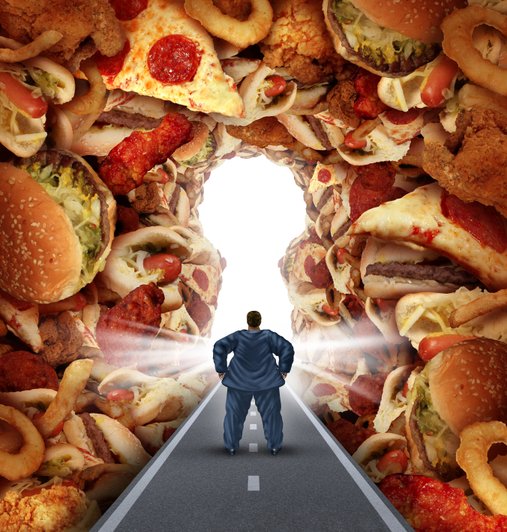 The research is clear - a diet of unhealthy fats, processed meats and a surfeit of refined carbs and added sugars is an express ticket to Type 2 Diabetes.

Judging from Amazon’s electronic bookshelves, myriad dietary approaches to combat or manage diabetes including Type 2 Diabetes exist.  When it comes to finding the right diet for Type 2 Diabetes, you may get confused about which will be most effective for your situation.

The dietary approaches can be dizzying.

Below are some of the most popular diets for Type 2 Diabetes along with commentary to determine which type bests suit you, your life styles and culinary preferances.

Before reading, take a gander at the diabetes diet information on this website to learn what an effective diet for Type 2 Diabetes should include and, as importantly, exclude.

The conventional medically sanctioned diet for Type 2 Diabetes is the American Diabetic Exchange Diet. Most US endocrinologists advise patients follow this diet, upon a diabetes diagnosis.

The idea behind the American Diabetic Exchange Diet is that, by regularizing your intake of carbohydrates and other nutrients to similar amounts each day at similar times, you can more accurately control your blood sugar including your diabetes drug and insulin intake.

Unlike other diabetes diets, the Diabetic Exchange Diet does not attempt to alter fundamentally the quality of what you eat, other than ensuring one follow generally the US government’s dietary recommendations. Press here for more on the US My Plate guidelines.

Its focus is definitely quantity versus quality of food.

Carbs, whether refined or unrefined, are mostly lumped together in the American Diabetic Exchange Diet with a superficial nod to healthier carb options including a discussion of whole wheat. Indeed, the permitted carb levels in this diet for Type 2 Diabetes are many times greater than a low carb diabetic diet would permit. Unlike the vegan diabetic diets listed below, animal foods are not prohibited.

The Atkins Diabetes Revolution along with the Dr. Bernstein’s Diabetes Solution are both popular carbohydrate restricted diabetic diet plans that emphasize low glycemic protein and fatty foods to neutralize the effect of carbs on blood sugar.

While both diets distinguish between processed and unprocessed carbohydrates, they routinely throw carbs in the same bread basket (pun intended), although the Atkins Diabetes Diet seems more nuanced on this issue.

The Atkins authors (the book was completed after Atkins’ death with the help of physician and Atkins acolyte, Dr.  Mary C. Vernon) emphasize the importance of low glycemic vegetables for metabolic and long term health. Nevertheless, nutrient-rich vegetables like carrots are restricted because they have a high GI. 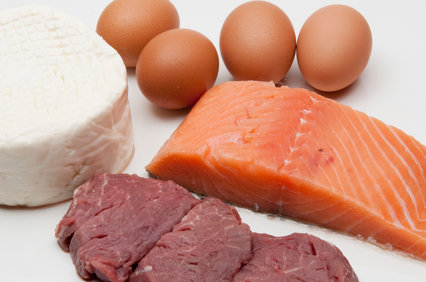 Research confirms that healthy fats can help glycemic control and combat diabetes - by contrast, research suggests a high protein diet does not lower the risk of Type 2 Diabetes

Animal protein and fats are permitted freely in both diets, with certain limitations on fat for the sake of heart health.

By contrast, Dr Neil Barnard’s Program for Reversing Diabetes and Dr. Joel Fuhrman’s The End of Diabetes: Eat to Live Plan to Prevent and Reverse Diabetes are vegan-based plans that promote nutrient-rich whole plant foods as the basis of combating metabolic problems. With their plant food basis, these diabetic diet plans are inevitably high carb. The secret, however, is the emphasis on unprocessed carbs, as opposed to refined carbs.

The result of all this unrefined or minimally refined vegetable foods is a low glycemic diet.  This is especially the case with Fuhrman whose emphasis on copious amounts of raw and unprocessed veg for achieving glycemic control is persuasive.

Barnard, by contrast, approves some processed vegetable products like textured vegetable protein and vegetable sausage. A major difference between their two approaches is the issue of dietary fat.  Fuhrman encourages consumption of nuts, seeds and their cold-pressed oils; whereas, Barnard limits all fats, on the basis that fat restriction (even Omega 3s are limited)   is essential to reverse insulin resistance.

Dr Mark Hyman’s The Blood Sugar Solution promotes a holistic approach to reversing diabetes including following a lifestyle and diet and that boosts nutrients including vitamin D, magnesium, chromium, Omega 3 and antioxidants like alpha lipoic acid.

As well as consuming nutrient-dense whole foods and specific nutritional supplements to prevent or reverse diabetes;  Hyman advises one simultaneously balance hormones; control inflammation; improve detoxification; and  reduce stress and adrenal fatigue, all of which he says can be achieved through fundamental diet and lifestyle change outlined in his book as well as this web site. While there is an emphasis on plant foods, Hyman’s diet for Type 2 Diabetes allows animal foods. 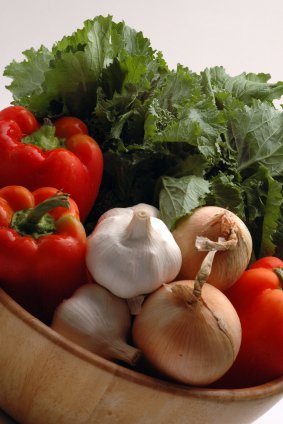 Indeed all the above popular diabetes diet plans, except the American Diabetic Exchange Diet, promote the idea that you can prevent and halt, if not reverse, Type2 Diabetes with fundamental diet and lifestyle changes.  The authors include anecdotal stories to this effect along with research backing their arguments.

So… what is the best diet for Type 2 Diabetes?

Diet for Type 2 Diabetes Comparison: How does each diet for type 2 diabetes work to prevent and reverse the condition?

All the above popular diets promote foods that are going to help your body control blood sugar.  In a nutshell, they achieve glycemic control one of two ways. 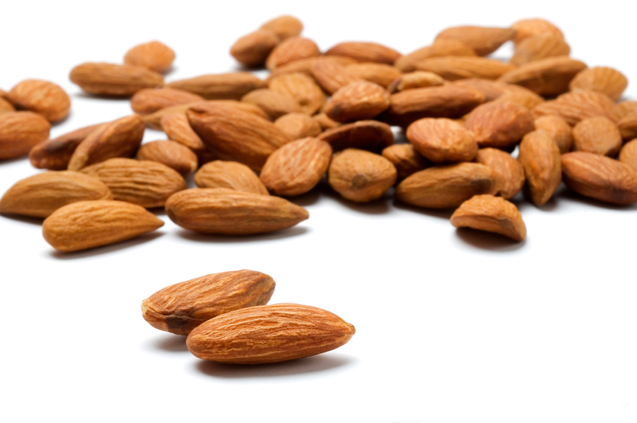 Along with the positive effect of plant fiber on blood sugar, the anti-oxidant and phytochemicals chock-a-block in unrefined or minimally refined plant foods play a role, including an anti-inflammatory one, in preventing diabetes complications and progression of the disease.

In short – both approaches to managing blood sugar and preventing diabetes can be effective, provided refined carbs including added sugars are eliminated, something both diet schools for Type 2 Diabetes agree.

Evidence from the diets of traditional cultures,  whether low  carb-consuming hunter gatherers or carb-heavy  agrarian peoples, and the virtual non-existence of Type 2 Diabetes prior to refined foods becoming a dietary staple supports the idea that both

can prevent and control diabetes.

In fact, the quality of the fats and carbs matter more than their quantity.  See below the recently published study in the Lancet for confirmation. 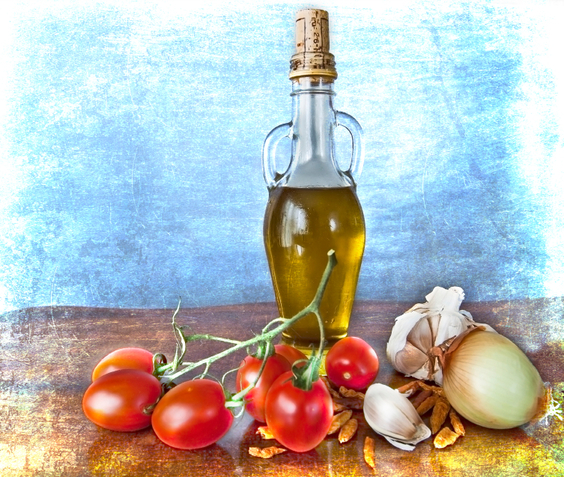 Nixing refined grains, processed meat and sugary drinks in favor of whole grains, fruits and veg, nuts and legumes; and keeping alcohol to moderate levels is the best way to prevent or manage Type 2 Diabetes. This can include several types of dietary approaches including the Mediterranean, moderately low carb, vegan or vegetarian diets.

When it comes to historical diets of traditional peoples that can prevent Type 2 Diabetes, Jeff O’Connell details the differing diets in his book Sugar Nation: The Hidden Truth Behind America's Deadliest Habit and the Simple Way to Beat It. In particular, he compares the traditional Canadian West Coast Indian diet, which is high in animal protein and  fat from the salmon and/or oolichan fish, with the South West aboriginal groups of Arizona  that follow a mostly vegan cereal diet. Both groups, when consuming their traditional foods, had a low, if non-existent, diabetes incidence.

Perhaps the most important lesson to learn from these cultures is that once they abandoned their traditional diets in favour of a typical Western diet of processed foods, including refined carbs and added sugars, Type 2 Diabetes went through the roof! The recent Lancet study mentioned above supports this idea that is it the unrefined and high quality of the fats or carbs; rather than their absolute amounts that matter.

Click here to see how the US government's Native Diabetes Wellness Project is trying to encourage aboriginals to embrace traditional diets in order to prevent diabetes.

The take home message when it comes to finding the best diet for Type 2 diabetes?

Follow the rules for a healthy balanced diet. Most importantly, nix processed foods, especially refined carbs as well added sugars, from your diet.  After that…?

… pick what culinary tradition suits you –  and enjoy your food!

Press here to read more about diabetes diet information including more about the best diet for type 2 diabetes.

Press here to read about what is diabetes.

Press here to read about diabetes stats and why we should all be doing something about it.

Press here to read more about metabolic syndrome and diet.

Press here to read more about an anti-inflammatory diet.

Press here to read about anti-oxidants and ORAC values and their importance to your health.

Press here to read timely news and research about health and nutrition in the healthy diet blog.