When you or a friend or family member is diagnosed with cancer, the first of many questions is often “What can I do about it?”

While there are many things a person does not control during the disease process, including how quickly the disease will progress, whether it will respond to treatment, spread or go into remission; there is ONE THING we do control AND that can have a profound effect on how our bodies respond to uncontrolled and ultimately destructive cellular growth that is the hallmark of cancer.

We control…..what we eat, breathe and drink.

Knowing the cancer foods to consume while you’re under treatment or in remission can significantly improve your odds in fighting cancer …and winning.  In some cases, these foods have been found to cure cancer in specific lab experiments and, if not cure cancer, slow or prevent its growth and spread or those of the blood vessels that supply the cancer.

These same anti-cancer foods can also play a role in preventing cancer. This points to their inclusion in a cancer fighting diet.

Regardless of whether you have cancer or not, the below foods should have a regular invitation to your dinner table as part of a healthy balanced diet.

Cancer Foods that play a role in Cancer Fighting Diet

Below is a list of Cancer Foods that researchers have found fight cancer on different levels.   Include liberally and regularly in your diet.

Cancer Foods #1 – Soy Beans and soy products including tofu, tempeh, miso, soya sauce (tamari) as well as other legumes (beans, lentils and peas). Soy appears to be a powerful anti-cancer food working on several fronts to prevent and defeat cancer. 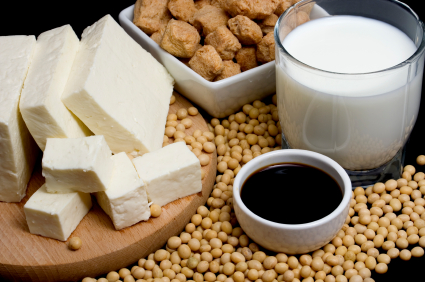 Despite some laboratory experiments that show certain soya bean extracts promoting cancer growth, time and again epidemiological studies support a link between high intake of traditional soya foods and reduced risk of several cancers including breast and prostate.  As a weak phytoestrogen, soya foods appear to lower circulating estradiol, an estrogen which promotes growth of most breast cancers as well as other estrogen sensitive cancers; the soy isoflavone genistein appears to block growth of blood vessels that enable tumor growth.

Don’t forget other legumes in your diet including beans and lentils. They too have some of the same phytoestrogen properties as soy. Like soy, many beans are chockablock with lectins, phytates, phytosterols, saponins and phenolic compounds that inhibit cancer growth, and/or are variously anti-carcinogenic, anti-inflammatory, DNA protective and anti-metastatic.

Beans including soy are a superb source of high quality non-animal protein, especially important when reducing the amount of animal foods in your diet – advisable when trying to achieve a cancer preventive diet or a cancer fighting diet.  Good dietary forms of soy are tofu, tempeh, miso and soy sauce (tamari). Cooked garbanzo beans, red beans, pinto beans, navy beans and lima beans as well as lentils and peas can all be added to soups and sauces or topped on salads for a delicious anti-cancer nutrient-dense wallop.

Cancer Foods #2 - Tomatoes – especially tomatoes heated in oil, contain the anti-cancer flavonoid lycopene which researchers theorize is one reason why tomatoes are a powerful cancer food for lowering prostate cancer risk, preventing prostate cancer metastases, and reducing the size of prostate tumors.  Lab experiments have demonstrated that lycopene kills lung cancer cells. Tomatoes contain other cancer fighting nutrients including Vitamin A and Vitamin C as well as coumeric and chlorogenic acid which has been found to have anti-cancer effect , specifically blocking the effect of some carcinogens. 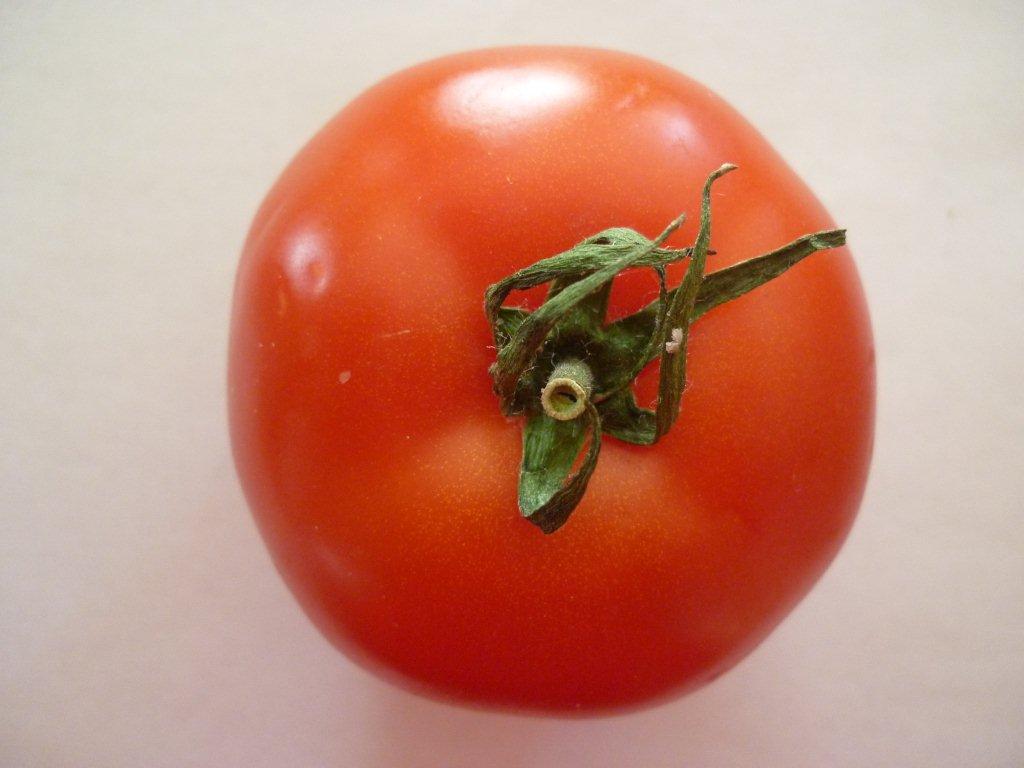 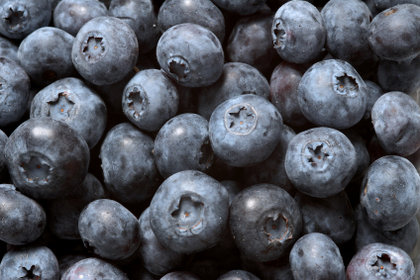 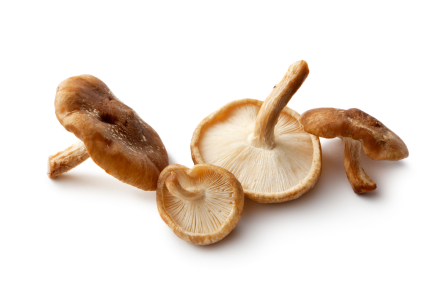 Cancer Foods #5 - Spices including turmeric, rosemary, thyme and ginger – These spices and flavorings are good anti-cancer ingredients to keep on hand.

Cancer Foods #6 – Brightly colored vegetables including bright orange, yellow, red and green kinds including carrots, sweet peppers, spinach and kale are rich in a range of carotenoids   and other cancer protective nutrients including anti-oxidant vitamins and minerals.

A 2012 study that women with higher circulating blood levels of carotenoids including beta carotene, lutein, lycopene and zeaxanthin had a reduced risk of breast cancer.

Be cautious about taking beta carotene supplements if you smoke. Some studies have found an increase in lung cancer among male smokers who supplemented beta carotene alone. No link has been found between increased lung cancer risk and high beta-carotene from diet. In fact one study suggested that those higher blood levels of carotenoids from diet are, if anything, cancer protective.

Avocados have been found to increase absorption and nutrient effectiveness of carotenoids including beta carotene, lycopene and lutein, so …. 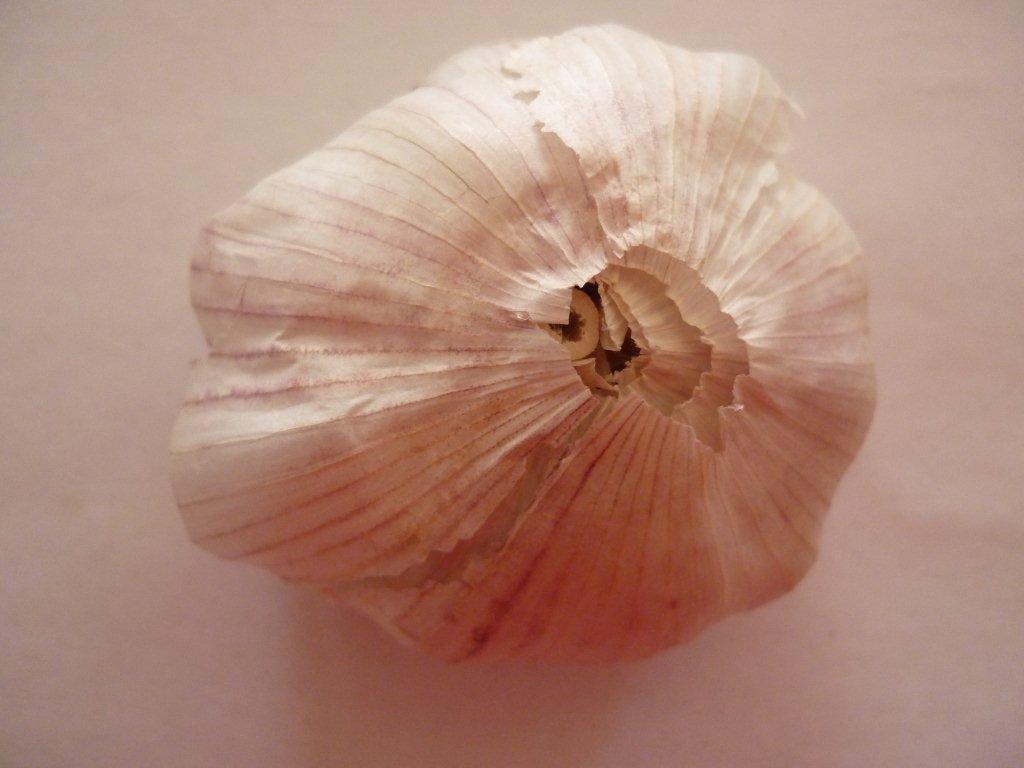 A retrospective epidemiological study of 521,457 Europeans (The European Prospective Investigation into cancer and nutrition EPIC) found that regular intake of vegetables along with foods of the allium family including garlic and onion were linked with lower incidence of intestinal cancers but not other cancers.

Other epidemiological studies have found a significantly lower rate of oral, larynx and esophageal cancers and a somewhat reduced risk of colorectal, prostate, kidney and breast cancers among those with a high intake of foods from the allium family.

Regardless of the effects of onions and garlic on the risk of specific cancers, garlic, onions and other allium family member have an anti-inflammatory and  immune system enhancing effect which can be an important part of any cancer fighting and prevention action plan.

Foods from the allium family have been found to have anti-inflammatory effect which is a key risk factor for cancer.

Onions have been linked with death of prostate cancer cells.

Cancer Foods #8 - Green Tea – is catechin rich and thought to be a powerful anti-cancer nutrient.

Three to four cups a day is thought to have a cancer fighting effect. Lab experiments have confirmed green tea’s antioxidant and anti-cancer properties. These include preventing angiogenesis and killing cancer cells, making catechin rich green tea a candidate for foods that cure cancer, along with traditional soy foods.

Cancer Foods #9 - Cruciferous Veg – which include broccoli, cabbage, brussel sprouts, horseradish, watercress, bok choy, tatsoi, cauliflower, arugula (rocket) and kale are linked with a lower incidence of colorectal cancer according to a 2012 meta-analysis published in the Annals of Oncology.

Isothiocyanates found in cruciferous vegetables have been found to combat growth in prostate cancer cells.

Cruciferous veg are also good sources of complimentary anti-cancer nutrients like magnesium, selenium and Vitamin C.  Together, these enhance the crucifores’ function as effective cancer foods that should be a part of any cancer prevention and cancer fighting diet.

Cancer Foods #10 –Seeds and nuts and their cold pressed oils  –  are full of essential fatty acid, phytoestrogens and lignans. Many contain anti-cancer and anti- inflammatory nutrients including phytosterols and micro-minerals like selenium and Omega 3 essential fatty acids like alpha-linolenic acid (ALA).

Walnut extracts have been found in a 2012 to decrease the replication of breast cancer cells as well as to inhibit angiogenesis and colorectal cancer in the lab.

Brazil nuts are one of the best food sources of selenium, a mineral known for its anti-oxidant properties. It may be for this reason that areas with high selenium in the soil have lower cancer rates including for lung, esophageal, bladder, breast, colon and rectal, pancreatic, ovarian, and cervical cancer, as well as for total cancer deaths.

By contrast, studies involving selenium supplements have been contradictory regarding reducing cancer rates. Some studies have shown a slight increase for cancer markers with selenium supplements.  This suggests that diet may be the best way to obtain your selenium.

Six to seven Brazil nuts give a whopping 544 mcg more than 777% of the US government’s Daily Value.

Flax and sesame seed and their lignans have been found to function as phytoestrogens and slow the growth of human breast cancer cells. Sesame seed lignans increased cancer cell death.

A 2012 German study of several thousand postmenopausal women in German found a significant reduction in breast cancer risk among those who consumed a high level of soybean and pumpkin and sunflower seeds.

Press here for more on the health benefits of nuts and seed including as cancer foods.

Press here to read about how to make sure your nuts and oils remain healthy and fresh under Benefits of Omega 3.

Conclusions about Cancer Foods and a Cancer

The idea that when sick you have to forego good tasting food for bland pap is false. You have cancer not a disease of the taste buds.   Exquisite tasting and artfully prepared food can be a part of your road to wellness, whether you’re fighting cancer or trying to avoid it.

Indeed, as this article on Cancer Foods confirms, your plate should be full of whole plant foods, prepared with a multitude of health giving and delicious spices and flavors.

Press here to read more about Cancer and Nutrition.

Press here for info about a Breast Cancer Diet.

Press here for info about a Lung Cancer Diet.

Press here to read more about the importance of healthy oils and fats and  the Benefits of Omega 3.

Press here to read more about the benefits including the anti-cancer properties of an Anti-inflammatory Diet.

Press here to read more about what Inflammatory Foods you should avoid when you have cancer or wish to prevent it.

Press here to read more about the Benefits of Vitamin C and the importance of anti-oxidants in your diet as part of an anti-cancer strategy.

For more on the benefits of calcium, benefits of magnesium and benefits of zinc and how enough is essential for good health including cancer prevention.

Diet for Down Under